Importance of MUN
Model United Nations which is popularly known as MUN is a simulation of real United Nations. It is an extra
curricular activity where students act as the delegates of different countries and participate in simulated UN
committees. The delegates discuss about an issue that is affecting people globally. The students who participate in MUN do detailed research about the country and the issue which enhances their knowledge of the world
problems. .
MUN is all about presenting your views, debating in a formal way and finding a solution of the problem.
Participating in MUN gives you an opportunity to interact with so many other people. You learn to think critically about any issue as you push forward own opinion and listen to others opinion as well. Your public speaking skills are multiplied within a few days in MUN. What else? As you brainstorm to find the solution of the world problem, it definitely polishes your problem solving skills. All the discussions and negotiations that you do with the fellow delegates expands your horizon of learning.
While researching about the issue and debating for the country, students learn to understand others perspective as well. This definitely develops an empathy for others which is a necessary element to be a global citizen. All the
students are encouraged to particpate in MUN, as it will help them pave their way in becoming aware global
citizens. 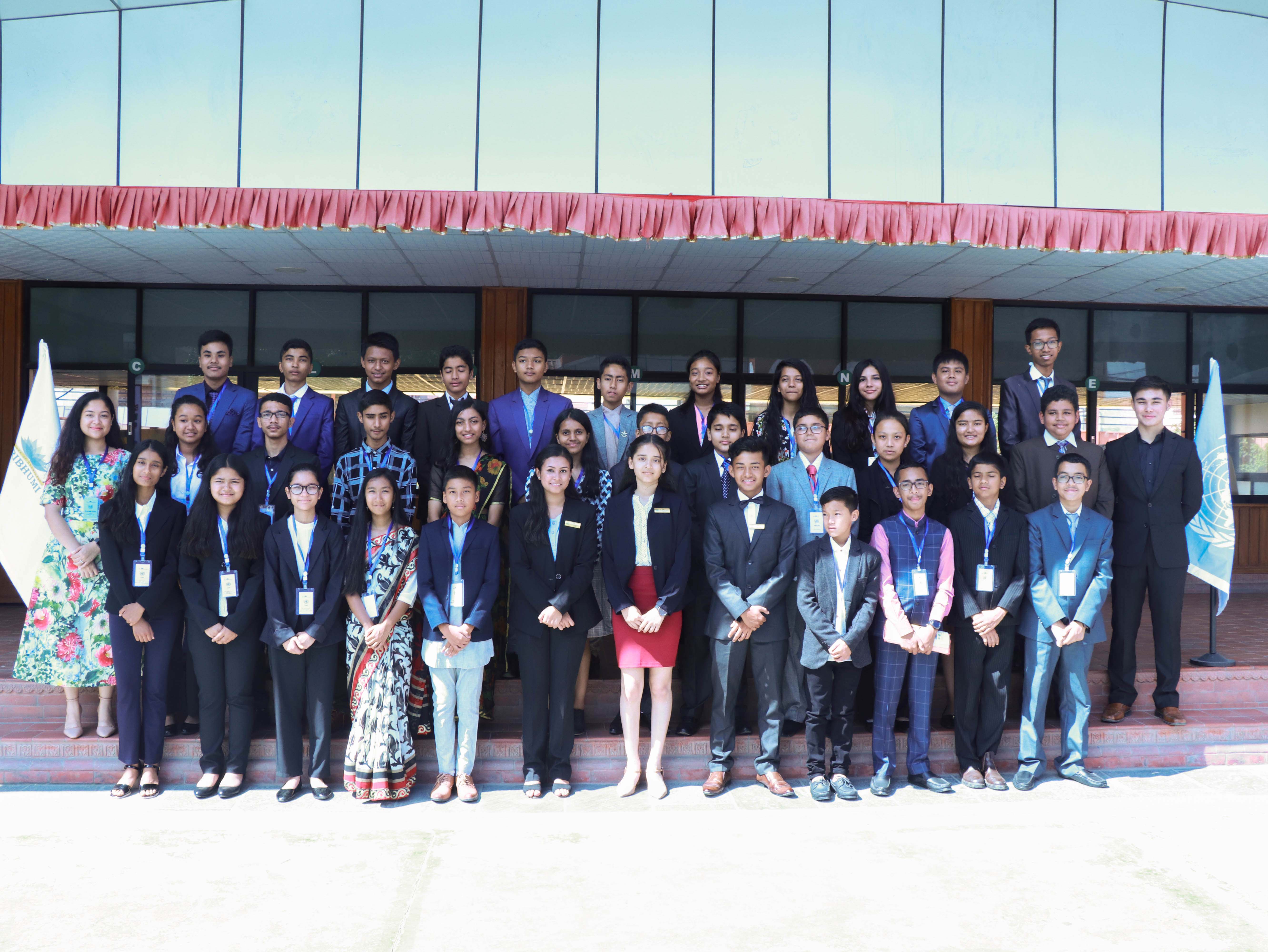 United Nations Environment Programme is the leading global environmental authority that coordinates all the environmental activities and assists the member countries to implement environmentally sound policies. It was founded in June 1972. Nepal is a member of UNEP.
At Matribhumi MUN, the committee of UNEP discussed the issue of ‘Climate Change in South Asia’.
With 27 delegates from different nations actively debating on the sensitive issue, the committee dealt with a crisis situation where a glacier lake outburst in Nepal caused a huge loss of life and property in Nepal and India. However, after a series of moderated caucuses, they decided to build a dam to control the flow of water. 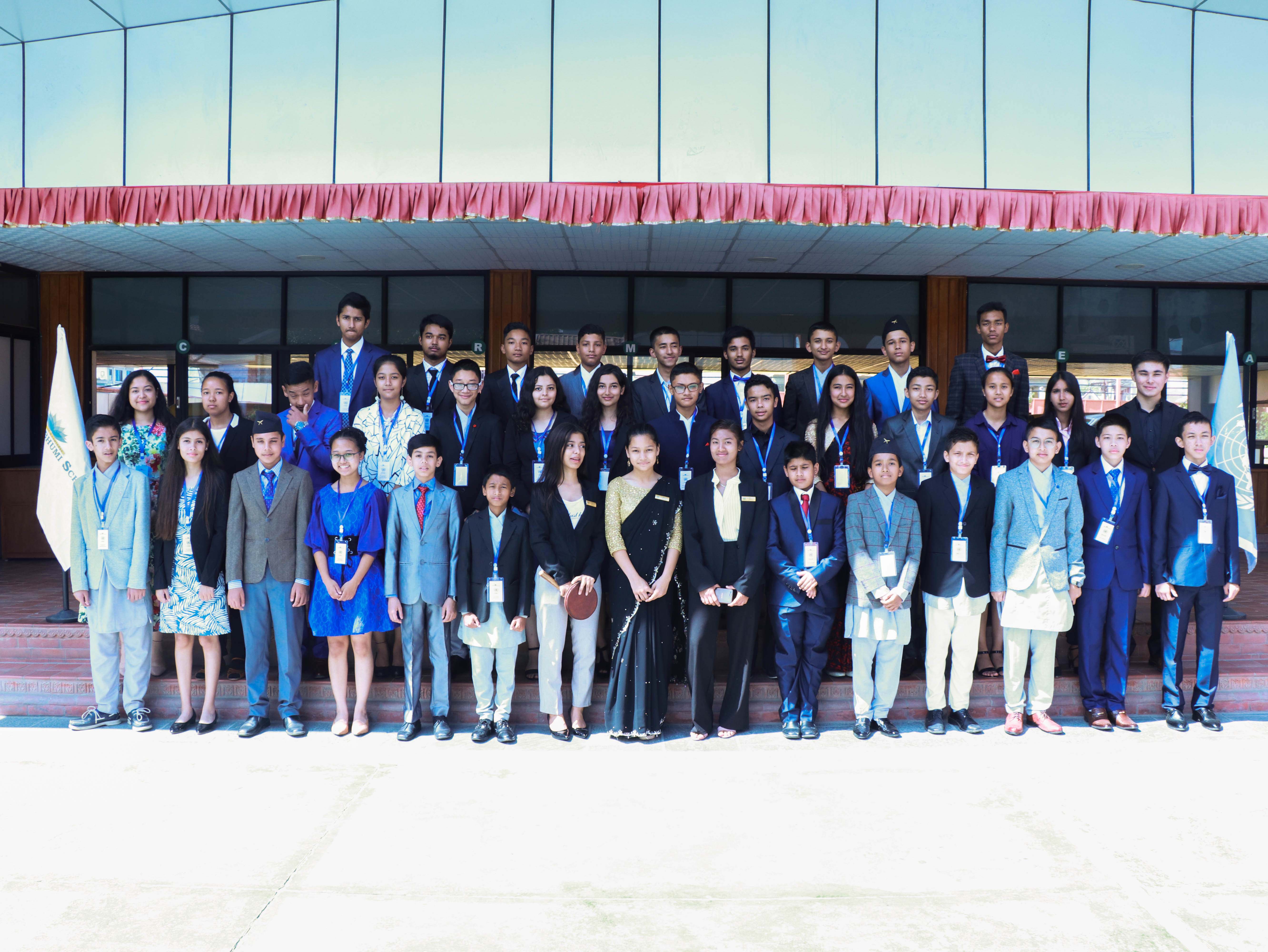 UNHRC is a United Nations body whose mission is to promote and protect human rights across the world. The council was established on 15 March 2006. At Matribhumi MUN, the committee of UNHRC discussed the agenda of ‘Human Trafficking’. With 29 delegates the committee started with the general speaker’s list. Many countries like Nepal, China, India, USA initiated to present their country’s stance. Several moderated caucuses were raised which included discussion on border security, sexual exploitation and human trafficking due to war. On the second day, the committee thoughtfully solved a crisis situation and came up with a resolution. 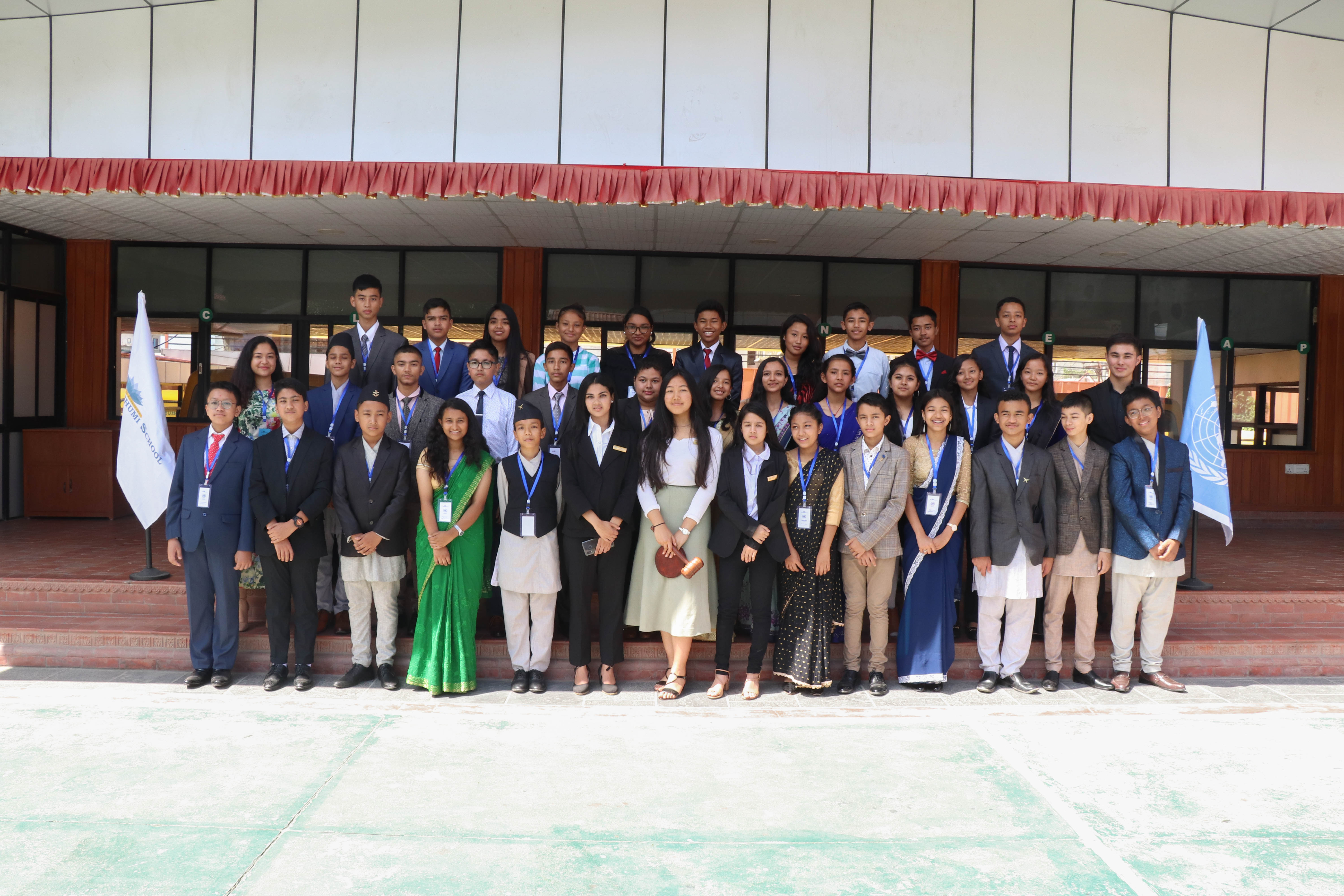 The United Nations Population Fund (UNFPA), formerly known as the United Nations Fund for Population Activities, is a UN organization that deals with the issues related to sexual and reproductive health. Its mission is to deliver a world where every pregnancy is wanted, every childbirth is safe and every young person’s potential is fulfilled. This organization works in 150 countries including Nepal.

Importance of MUN Model United Nations which is popularly known as MUN is a simulation of real Unit...